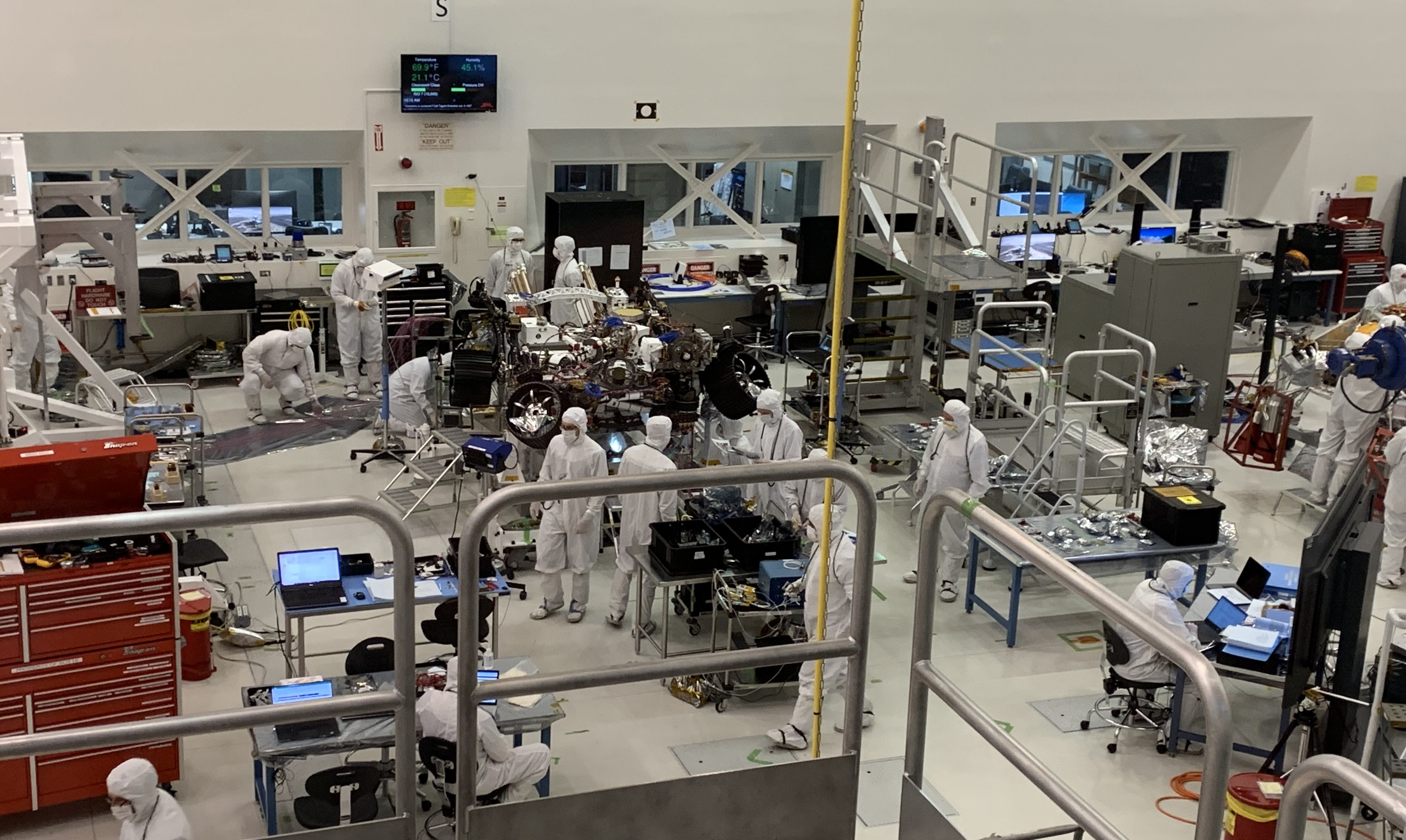 On a recent visit to NASA’s Jet Propulsion Laboratory (JPL) in Pasadena, CA, INNOVIM’s President Cindi Brown and Chief Scientist Dr. Philip Ardanuy had the opportunity to view the Mars 2020 rover up close, as it is being integrated in the Spacecraft Assembly Facility’s High Bay 1 clean room. The Mars 2020 mission is timed for a launch opportunity in July 2020 when Earth and Mars are in good positions relative to each other for landing on Mars (see https://mars.nasa.gov/mars2020/). The mission is based on accomplishing four science goals: to determine whether life ever arose on Mars, characterize the climate of Mars, characterize the geology of Mars, and prepare for human exploration of Mars. The Mars 2020 rover design is largely based on the engineering design for Mars rover Curiosity, though with some significant technology upgrades that improve its entry, descent, and landing on the surface of Mars, and a new SuperCam (https://www.jpl.nasa.gov/news/news.php?feature=7443).

And, the Mar2 2020 Rover will carry another first: the Mars Helicopter. The helicopter took four years of design, testing and redesign to be able to fly in Mars’ thin atmosphere—it weighs just under four pounds. According to JPL, “the altitude record for a helicopter flying here on Earth is about 40,000 feet. The atmosphere of Mars is only one percent that of Earth, so when our helicopter is on the Martian surface, it’s already at the Earth equivalent of 100,000 feet up.” Because there is no pilot (the Earth is several light minutes away, the helicopter will have an autonomous capability that will be able to receive and interpret commands from the ground, and then fly the mission on its own. https://www.nasa.gov/press-release/mars-helicopter-to-fly-on-nasa-s-next-red-planet-rover-mission

Perhaps you’d like to name the Mars 2020 rover. You can do so here (https://www.nasa.gov/press-release/nasa-invites-public-to-submit-names-to-fly-aboard-next-mars-rover), while obtaining a free boarding pass and sending your name to Mars (https://mars.nasa.gov/participate/send-your-name/mars2020/). 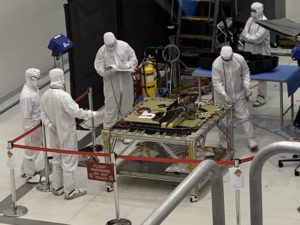